Breaking My Heart Open Through Heartbreak 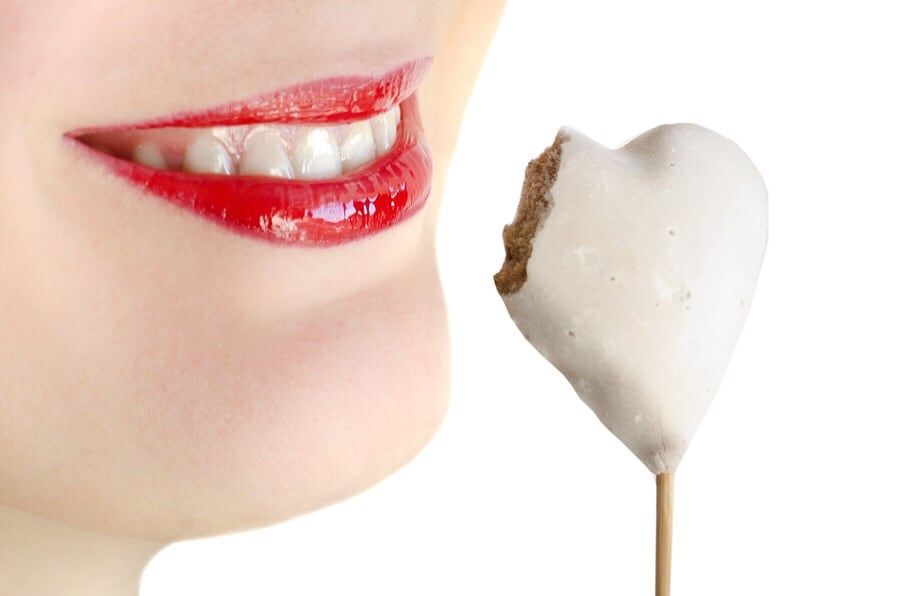 Heartbreak is the biggest cliche conceivable, but somehow always feels uniquely painful through the scope of our own experience. Contrary to the belief that heartache gets easier as we shed our awkward teen cocoons, the pain felt familiarly sharp with each of my “Big Three.” As I embark upon what I like to call the “Age of the Great Drought of Fucks to Give, While Simultaneously Getting One’s Business Together;” otherwise known as turning 30, I present the Saga of Three Heartbreaks.

I saw him in my step-sister’s school play and my adolescent loins that burned for Ryan Gosling twinged for him. I called him in advance of our first date from a payphone when I discovered I had won tickets to go see a very cool-by-teenage-standards rock band. Putting the cart squarely before the horse, on our first date, we sat on the edge of a slab of wood resembling a dock with no water, and he wrote me a note explaining to me that he “fell for [me] like a blind roofer” and if I ever doubted his feelings I should read the phrase “Isle of View” aloud. Pretty smooth for a gangly 16 year old. Gillam lived a half hour drive away in an entirely different province (that’s Canadian for “state”). This was my first taste of long distance romance, but certainly not my last. I visited his family and bonded with his younger sister. It was she who had to eventually break it off with me over the phone; when out of nowhere he changed his mind about the whole thing. Everything is so intense at that age, that the serotonin from a rock concert or new love was like a hit of MDMA and sent me into heavy withdrawal for a day or two afterward. When we broke up, I had lost the will to go on, like a real damsel in old days. I went catatonic and watched the portable phone spin on the floor for what felt like an eternity.

Sam was from the same suburb as mine, but we met at a bar in the city, while he was hosting an open mic night, and I had taken a job putting up posters promoting their events. When he confided in me that his parents were going through a divorce (something that I was an old pro at dealing with by now), I felt compelled to offer support even though we barely knew one another. We met at the library in between our houses and talked until the sun came up. We eventually had to be rescued by his father when his parents’ car battery died after we had jointly decided it was a great idea to climb into the trunk and get our awkward flirt on.

As we continued to see one another, it began to feel as though were in a boat, just the two of us. Whenever we saw one another, the rest of the world would disappear, and we were alone on the water together. After several months, Sam went away for a school trip. He had been nervous about a presentation and didn’t have an outfit he felt confident enough to present in, so before dawn on the day he left, I slid my way across frozen tundra that lined the path to his house that winter, and presented a care package that I had meticulously put together of his favorite colors and prints in an outfit for his presentation. His father drove us to his pickup point where we shared a sweet goodbye and then, rather than introduce me to his group of classmates, Sam awkwardly pointed me toward the bus stop (inconveniently, 2 minutes after his father had left for our neighborhood) and then scurried over to join them.

I would later learn he was leaving me for one of the classmates he had avoided introducing me to. I was okay, I had convinced myself; until I curled up in my mother’s lap like an infant, and wept a heavy sob that squeezed every drop of moisture out of my body.

He moved across the country with his new girlfriend from school, and then eventually came back home after she cheated on him. We both happened to be back in our hometown, and ran into one another at the bar where we had both met. As we embraced for the first time in years, I felt the familiar comfort of our boat. This time, however, it was as if he had a dark cloud looming above him. He had become embittered, and I felt compelled to stay as far away as possible. Our mutual friend relayed snidely to me that Sam thought I wanted to marry him and was afraid of seeing him, lest I lose all composure. I responded matter-of-factly that I didn’t mind if I never saw him again. This felt like I was saying it as much to him as I was to myself. Somehow, the universe caught the message and seven years later, we haven’t seen each other in person since.

Truthfully, it was by now that I thought I had aged out of feeling this devastated. Jonathan knocked the wind right out of me. I was empowered and in my element while pursuing a life I loved and taking everything by storm; so when I met Jonathan and discovered our shared feelings, I took the bull by the horns, throwing both caution and boundaries to the wind. As I seized what felt like destiny, it occurred to me how fully engaged and attracted to him I was physically, emotionally and intellectually in an as yet undiscovered way that formed a perfect storm of vulnerability. At first, I felt charming, understood and cherished as we celebrated the prize we had both won in finding each other. A small voice inside me knew it was trouble, but I was a warrior and this felt powerful. I could handle it if things went sour, I convinced myself. This wasn’t my first rodeo and love is worth risks, I bargained. I walked a razor’s edge with Jonathan; he was every bit what you would consider to be the human equivalent of the purest, most deadly addictive drug. Even as I type this, I feel like crumbs of scar tissue are still working their way through my emotional lymphatic system.

Recovery and the Slow Burn.

After a great deal of personal reflection and time alone, I started slowly seeing a stoic man who possesses a quiet calm. He is a sleeping angel in the bed we share as I type this on our nearby couch. I never really felt any fireworks, I didn’t feel like I was in a boat. He didn’t create riddles to explain how he felt (Except for this week, when he compared the evolution of his feelings to a speedometer). When we met, I was still pulling shards out of my fragile psyche. I was not ready for anything serious, I thought. It wasn’t until several months into our relationship that it occurred to me that he was someone I had grown to cherish. I would pick fights and shut down emotionally and start exhibiting all of the traits that had hurt me and had nothing to do with him. He remained sweetly quiet, stoic and unaffected. He just wanted to get us dinner, watch movies and hang out together. He occasionally voiced some concern, but did not think much of my emotionally stunted behavior. I thought he must not really care, so I acted out— until I learned not to. Mostly. As time passed, my fuse grew longer and my sanity began to restore itself. As my head poked out of the sand, there he was, watching movies and hanging out. Without much fanfare, I grew to find myself loving, and eventually (this is an important distinction) in love with him. Little things, mostly silly mannerisms, how he laughs in his sleep, or personal reflections on life that should be a book which straddles self help and unintentional satire. What we share has developed into a cherished depth of connection I haven’t felt with anyone else before. I call it the slow burn.

I probably would not have ever seen Walker (the name I imagine he’d like me to use for him) as a potential partner even a couple of years ago, because I craved the drama, the high stakes, the boat. I needed the excitement. Relationships had to make me high otherwise they didn’t feel real. I wanted to feel the impact, even if it hurt. I couldn’t manage anything between euphoria and total collapse. As I depart the emotional roller coaster of my 20s, I’ve learned to enjoy the nuances in between.

Breaking My Heart Open Through Heartbreak