7 Sweet Anniversary Traditions You Can Do Every Year 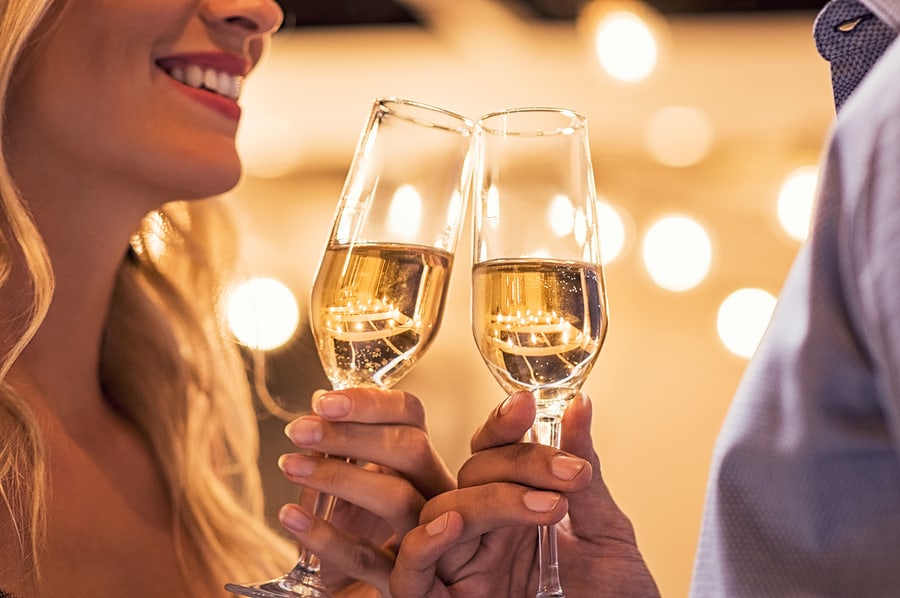 Whether it be your 1st or a 50th, anniversaries are important to your relationship. It’s a milestone for your time together and an opportunity to celebrate your love.

But, planning an annual celebration (and even finding the right anniversary gift) can sometimes be difficult. My husband and I just came up on our ten year dating anniversary and while we love celebrating our relationship, over the years, we’ve found that planning anniversary celebrations has always been a bit stressful.

And lots of couples, in various stages of their relationships, feel the same way.

If you’re new to a relationship, you might not know what your partner expects and worry that whatever you do will be too little, or maybe too much. If you’ve been in a relationship for a while, you might be struggling to think of a gift you haven’t already given your partner in anniversaries past.

To fix this celebration conundrum, we started asking other couples what they do for their anniversaries. We found that the best ideas were the ones that repeat and build off of each other: anniversary celebrations that feel more like traditions. They let you enjoy your milstone without the unneeded stress of thinking of an original gift or date idea.

So, to help you celebrate your love, here are 7 great anniversary ideas that you can do every year. These anniversary dates (and gifts) are meant to be enjoyed over and over again so you can look forward to these celebrations for many years to come.

My husband and I have been together for a long time, so of course we have a ton of photos of the two of us: candids taken by friends and lots of selfies.

But it wasn’t until a couple years ago, when we started talking about getting engagement photos done, that we ever considered getting professional photos taken. Between our engagement session, and subsequent wedding pictures, we suddenly had all of these beautiful photos to celebrate us, and I loved it.

When my husband and I reached our ten year anniversary, my sister-in-law gave us the idea to do a photoshoot to celebrate this milestone—and I loved the idea. She and her family take photos every year with their kids and we thought it might be fun to start a photo tradition of our own.

I asked a friend to be our photographer and the three of us walked to a nearby park and had a great time taking pictures together. Later, my husband and I loved looking through the photos and picking which ones to frame. We had such a good time that we decided to make a point to do a little photo shoot (or at least make sure to take a nice picture together) every year.

If you’re interested in taking photos every anniversary, there’s some great inspiration online for photo projects couples have done every year together, such as taking a picture with a printed photo from the year before or holding a balloon for every year they’ve been together. It’s a great tradition and down the road you’ll have a collection of pictures you’ll treasure.

Side Note: While some couples might want to go all out and embrace this photo shoot idea with a new wardrobe, getting their hair done, hiring a dream photographer, and heading to a fabulous destination… it’s also okay to make this a little low-key. My husband and I wanted to keep costs down so we grabbed a friend who was a photographer, picked cute outfits from our closet, and just took photos in the neighborhood. Costs were low but the photos were still great!

While I’m so excited to document my anniversaries in photos, one friend of mine (and her husband) take this idea to the next level with a scrapbook of memories.

While it might be fun to take photos every year, you’ll also want a way to display your memories. Of course, you won’t have room for all your photos on your walls (especially after a few years), so why not start a tradition of a photo book? Each anniversary you could make one scrapbook page with a few anniversary pictures (or even photos of your favorite moments from the year) and add it to your scrapbook. You might even include ticket stubs or other little momentos.

If you want to take it up a notch even more, my friend likes to display their most recent page in a frame until their next anniversary. She likes getting to see it all year, then when she’s done with the next scrapbook page, adding it to the book and make room for another page to put on the wall.

These scrapbook pages can either be a sweet present you give your honey every year, or an activity you do together.

I’m really big on desserts so you can imagine my excitement when I found out that the bakery that made our wedding cake gives customers a free “anniversary cake” for couple’s one year of marriage. This sounded amazing: we wouldn’t have to worry about the tradition of freezing a piece of cake and then digging through dried-out frosting on our anniversary. We’d get to celebrate with a fresh, delicious cake made just for us.

If you’re looking for a fun (and thrifty) activity to celebrate your anniversary every year, make a tradition of baking a cake together. Every year you can come up with a fun design and get together in the kitchen to do your best impression of Cake Boss. You can start from scratch or buy a mix, then practice your piping skills or simply decorate with sprinkles. It’s a sweet (pun intended) anniversary tradition that you both will love!

Your anniversary is all about celebrating your love and making great memories together. So why not celebrate by re-creating a special day in your love story? I have a co-worker who goes out with her husband every year to the same restaurant where they had their first date and she loves their tradition. She thinks it’s so fun to remember the beginning of their relationship and recognize how far they’ve come as a couple.

But, you don’t necessarily have to recreate your first date to enjoy the same effects, re-creating any special day, like the day when you first said “I love you” or the day one of you proposed could be more special to you and your partner. Go ice skating like you did that day, or eat tons of Chinese food and watch Bob’s Burgers like you did that one special evening. The date itself doesn’t have to be fancy for it to be special to you.

One day that is really special to my husband and I is the day after our wedding. (Of course, our wedding was pretty great too, but we were looking for something easier to recreate.) That day, woke up in a fancy beach hotel, ordered waffles from room service, went for a walk along the beach, and finished off the night at dinner. Even back then we decided that we should come back the year after and enjoy a meal at one of the restaurants at the hotel and walk along the beach to remember how special we felt that day- and that’s just what we plan to do!

Whatever special day you choose, you can make it a great tradition: celebrating that special moment every year so you never forget how wonderful your memories are. 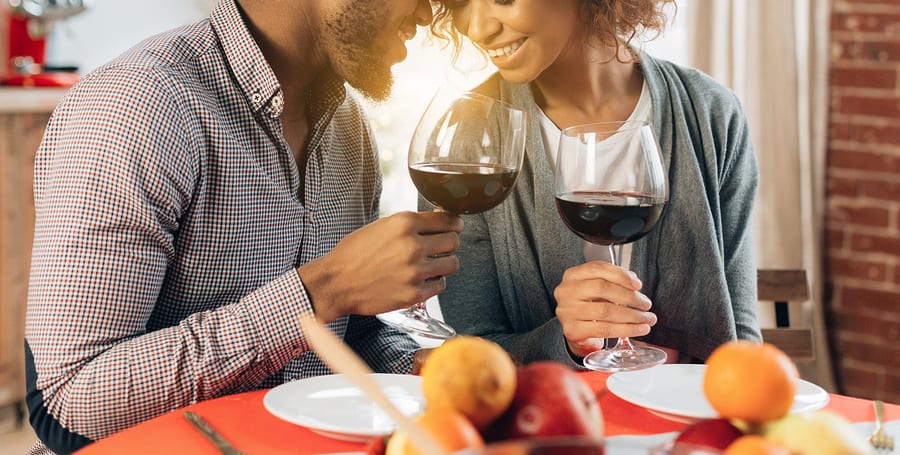 While a special date can be the perfect way to celebrate your love, a mini get-away might be more your speed. I have a cousin who works a lot and says he simply doesn’t get to spend enough quality time with his wife. They’re both so busy, so when their anniversary comes around they like to go all-out and plan a weekend get-away.

While my cousin and his wife love going to the same beachy city for their annual get-away, you might want to change it up every year. Think about places that are special to you and what you want to do while you’re there. Do you need a weekend of R&R? Or do you love bonding over water sports and hiking?

Of course, your trip doesn’t have to be fancy or expensive: maybe it’s an annual camping trip, maybe it’s a quick visit to the big city or a mini vacation in the next city over. Then again, maybe you do want to go all out for those big anniversaries, splurging for the all-inclusive weekend complete with the “upgraded view” in your hotel room and visits to fancy restaurants.

Whatever you decide to do, it’s great to have a mini vacation to get to relax and spend time together. It’s a trip you could plan for every anniversary and look forward to all year long.

While a weekend get-away might sound nice, not everyone has the time or money to plan a trip every year.

I have one friend from grad school who admits that while paying off student loans, he wasn’t always able to plan dates for his girlfriend or get her a grand gift for their anniversary. Instead, they decided to start writing each other love letters and their sweet tradition stuck. He says they love writing each other letters for their anniversary and even though it’s so easy to do, the letters mean so much to both of them.

Their tradition is a good reminder that no matter how big or small you celebrate your anniversary, it’s important to take the time to tell each other how much you mean to each other, and what better way to do that than to put it in an old fashioned, romantic love letter? It’s probably the best anniversary gift to give (and get) and it requires very little time and money to do it. You might even consider making this a tradition and keeping all your letters to each other in a special book to look back on in years to come.

7. Try something new together every year

Wait a second, you’re probably saying, didn’t you say this list would help me celebrate anniversaries in a way that I won’t have to think of something new every year?

Of course it can be hard to think of romantic dates and sweet gifts every year, but when it comes to thinking of something you’ve never done in general… for most of us, that’s pretty easy.

One of the best things about being in a relationship is having someone to experience new things with. Why not make a tradition out of trying new things?

Every year you can plan to try something that’s new to both of you. Maybe neither of you have tried skiing or have never gone skinny dipping. Maybe you’ve never seen all the Godfather movies or have gone to the Grand Canyon. Every year you’ll do something new together, treat yourself to new experiences, and make yourself a more well-rounded couple.

No matter what you decide to do for your anniversary, remember to always have a ton of fun and take this time to appreciate each other. Every anniversary is an accomplishment and a milestone, so celebrate your love as best you can.

7 Sweet Anniversary Traditions You Can Do Every Year