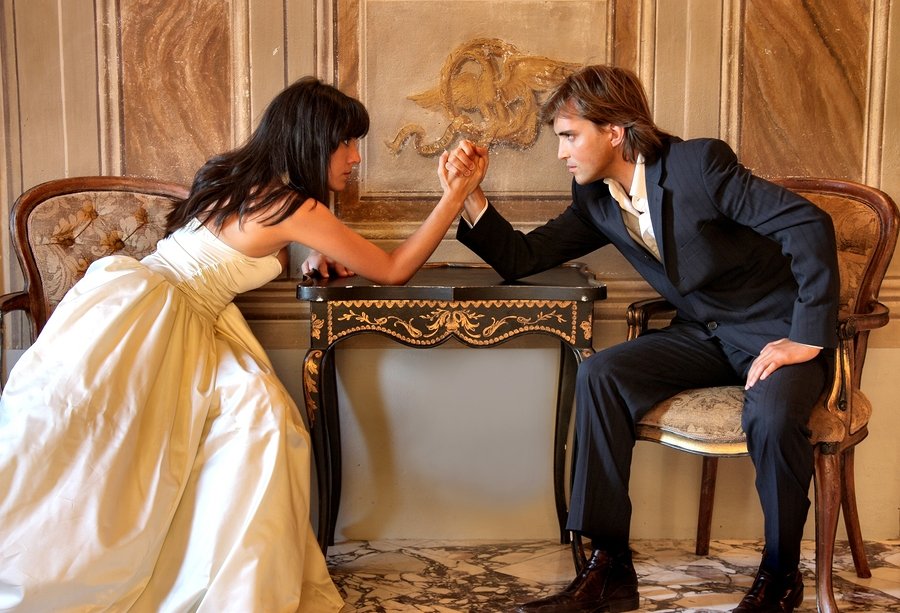 “This couple was in their late 40s and had been married for 18 years with two kids. The husband found out that his wife was having an affair for the better part of a year with a man whom she had met in a special art study program. They both wanted to understand what happened and how they could move forward — both partners wanted to save their marriage. Trust needed to be re-established. Almost always post-affair, the other woman or man must be removed from the couple’s life. But in this case, the wife was trying to assure the husband (and me) that it was possible for her to still see this man for coffee or lunch, just as a friend. I told her, ‘If you continue to see this man in any capacity — or if you have any contact with him (email, text, Facebook) — I can guarantee you that your marriage will not survive. You need to ask yourself how such contact would be right or fair or emotionally tolerable for your husband.'” — Sharon Gilchrest O’Neill, marriage and family therapist and the author of A Short Guide to a Happy Marriage

“I was seeing a couple in their late 50s who had been married for more than 30 years. The husband had a major anger problem and was very controlling. His wife believed he had some sexual flings which he denied. She was at the end of her ropes with him and told him in the session that she couldn’t stand to see him, look at him or be near him and wanted out of the marriage. I told them quite honestly, ‘It seems the only option left for you is to go your separate ways but for everyone’s sake, please do it as amicably as possible.” — Michael Hakimi, psychologist, assistant professor at Loyola University Chicago Stritch School of Medicine

“Despite successful couples therapy with Kathy, his wife of 12 years, Jeff couldn’t shake the feeling that he should not have married on the rebound from a former girlfriend. He loved Kathy and their daughter but he could not answer with a clear ‘yes’ when she asked if he was committed for the long haul in the marriage. Kathy was confused, upset and nearing an ultimatum to commit or leave. I did everything I could with Jeff to help him look at his commitment resistance, including exploring his family of origin where he had lost his father at a young age. But he couldn’t get past his ambivalence, especially under pressure to pony up a definitive ‘I’m in it forever.’ Here’s what I said to him: ‘Jeff, you may always be ambivalent about commitment in relationships. It may just be your nature. The big question is whether this is the woman you want to be ambivalent with.’ He smiled and immediately answered ‘Yes.’ I asked why. He said, ‘Because I love Kathy and can’t imagine loving anyone more — and I love our family.’ Kathy wisely took it in — and it was enough.” — William J. Doherty, psychologist and author of Take Back Your Marriage