When Drinking And Dating Don’t Mix: How Do You Know When The Problem Is You? 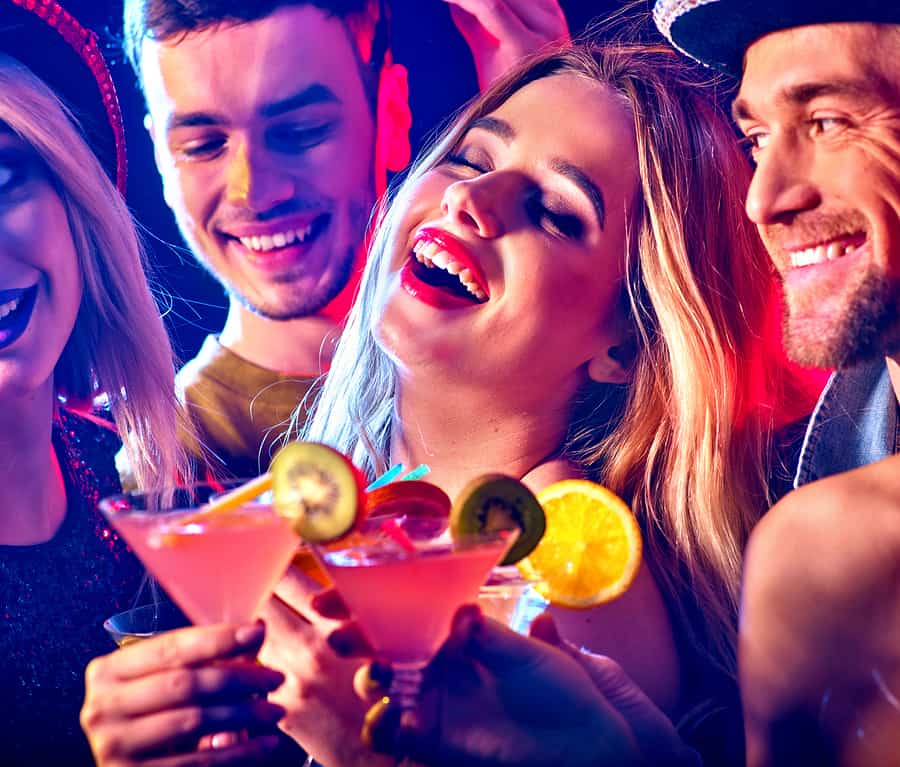 Drinking and dating may seem to go hand-in-hand, but it’s not for everyone.

In a 2016 research study, four drunk personality “types” were found to be the most common: the Hemingways, Mary Poppins, Mr. Hyde, and the Nutty Professor. My friend group mainly consisted of Hemingways (still pretty much themselves while drunk) and Nutty Professors (generally shy friends who become the life of the party).

I don’t enjoy drinking at all. But when I have chosen to indulge, it’s for a reason — social anxiety.

In big, festive group settings, it made sense to have a drink in my hand. I’d quell my feelings with one, two, three, four drinks.

But eventually (or inevitably), something random would trigger me. My sober anxiety and PTSD symptoms would surface as larger-than-usual demons. That’s when my spiral would start. Whatever outlandish, imaginary fears I pretended not to have would magically appear in the presence of booze.

My partner would react with frustration, and I’d see this as an attack. We would argue, and I’d blame him for all of the feelings I couldn’t explain. For too long, I was blind to the pattern.

After years of meltdowns occurring nearly every time I was drinking and dating, I realized I wasn’t the only one hurting. My partner was suffering, too. 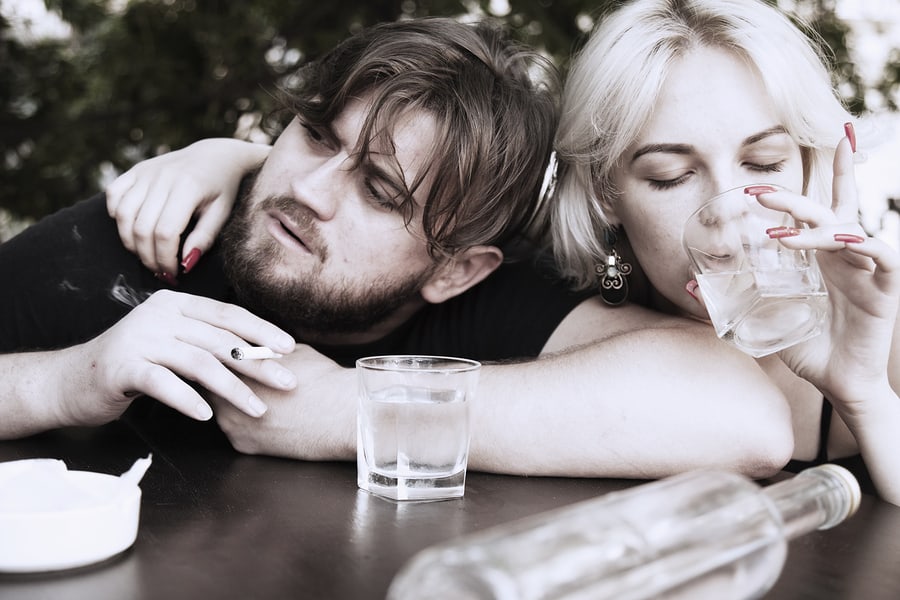 One day, my partner decided to go out but I wasn’t invited. I didn’t understand. After all, this wasn’t a “guys night,” so why couldn’t I come along? Was he trying to push me away?

Nope. He’d become accustomed to my episodes, so much that he made plans around them.

Suddenly, I felt like a five-year-old who’d been grounded for a tantrum I couldn’t recall.

But that terrible 2 percent? That was the part of me that drank.

The problems around dating and drinking have scientific backing.

In an article for PsychCentral, Dr. Gary Seeman asserts that “many relationship issues can become much worse under the influence of alcohol…alcohol affects relationships in several ways: (1) as a drug; (2) as cultural ritual; and (3) psychologically.”

Dr. Allan Schwartz, PhD., agrees. “Too many people drink heavily under the mistaken belief that it is harmless and that what happens to others who drink cannot happen to them. … Under the influence of alcohol, even the most mild-mannered person can verbally and physically strike out against others whether those people have wronged them or not.”

Once I noticed the pattern, there was no way that I could ignore it.

I’d been drinking to hide my anxiety, and any time I passed the drunk threshold, I lost the ability to process my feelings. I was like a belligerent five year-old. The grown-up part of my brain was kaput.

“[Alcohol] has more unwanted side effects than many prescription medications,” Dr. Seeman continues. “Although its chemical effects include calming nervousness, when it starts to wear off, people get more anxious. … Even ‘happy drunks’ who drink often find that over time they become more depressed. And although very moderate drinking can have positive health effects, heavy drinking gradually breaks down body and mind.”

Not only did I hate generally consuming alcohol, but I realized that combining drinking and dating was clearly damaging my love life. 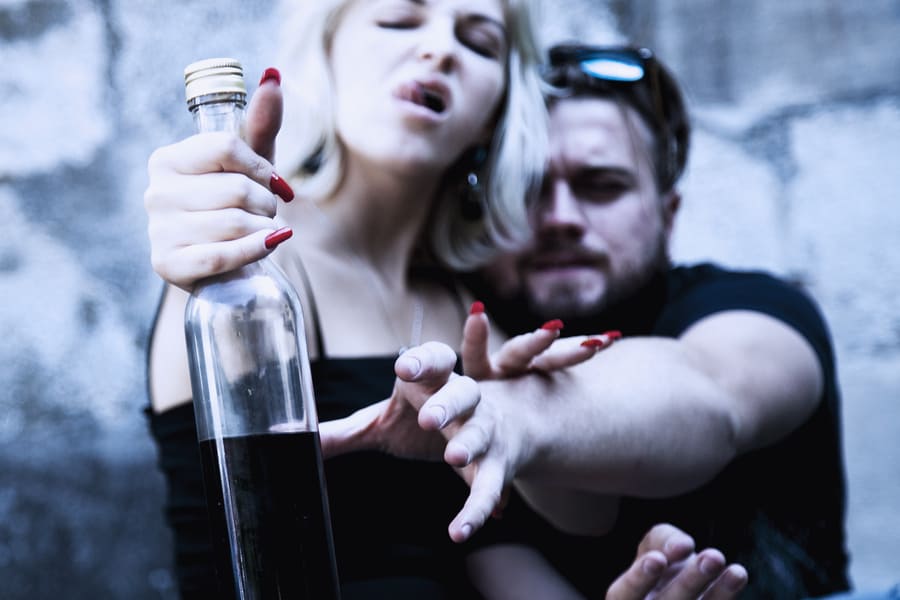 This was the moment of truth: I had to accept that booze affected me differently than it affected my “happy drunk” partner. Otherwise, I risked further damage.

“Does this mean I can’t go out, period?” I wondered. “What will I do around everyone else?”

Of course, the answers are obvious. Ginger ale. Coca cola. Water. Or an anvil on my head, because I realized I’d internalized peer pressure so deeply, no wonder I’d been so insecure.

The next time we went out, all I had was ginger ale, water, and juice. None of my friends asked about it. In fact, nobody noticed at all.

The results of abstaining were immediate.

There were no exaggerated triggers or meltdowns. While sober, I was equipped to handle unpleasant feelings in a way that reflected my better self.

But to be clear, “drunk words, sober thoughts” is an adage rooted in truth. My “Mr. Hyde” meltdowns were exaggerated manifestations of hidden, sober problems. But alcohol is a potent depressant.

For those who already suffer from anxiety or emotional obstacles, the effects of booze can be heightening rather than numbing.

The most rock-bottom moments in my relationships have involved booze. Drinking and dating relieved some of my social inhibitions, at first. But after two drinks, I would crash the minute anything remotely bothered me. For some of us, even one is too many. For others, the limit might be higher. The keyword here is boundaries. Do you know what yours are?

Has “drinking and dating” affected your love life? Check out this fascinating article on how sobriety might give you the best sex of your life, and then share your own “drunk in love” stories below.

When Drinking And Dating Don’t Mix: How Do You Know When The Problem Is You?

Mercy Harris - is a LoveTV contributor who enjoys writing about dating and modern romance.