6 Reasons Why Fall Sweater Weather Is the Best for Dating 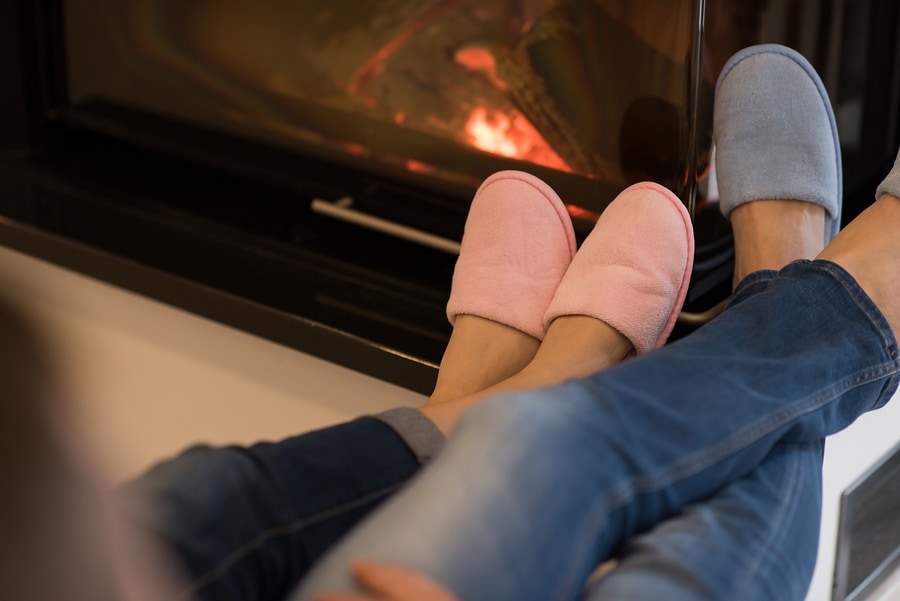 Get ready to fall into lust.

Where’d summer go? Seems like only yesterday that we were sipping Rosé and crafting our summer bucket lists. Now the days will inevitably shorten and we’ll be taking our coats out of storage (unless you live just south of the equator, lucky devils). Don’t fret your pretty little head just yet. There’s lots to love about fall aside from pumpkin lattés and changing foliage.

As everything else chills, here are six ways your romantic life may do the very opposite.

1. Another term for your fall dating? Cuffing season.

You’re probably familiar with summer flings, but some of us know about a little phenomenon called cuffing season. For those who don’t, cuffing season occurs roughly between the months of October and March as the cold makes everyone want to “cuff” themselves to a seasonal boo. Typically, you cut things off once spring starts to appear, but if you’re lucky your fling may morph into a full-blown romance.

Earlier this year, did you panic when you realized bikini season was a mere few weeks away? The summer bod anxiety is real. I’ve always had the philosophy that everyone has a bikini body if they a) have a body and b) it’s in a bikini. Nonetheless, the stress to slim down can add some pressure to your summer excitement. You can forget all of that once you pile on the layers. The only person seeing your bikini body is you, or your significant other, or your cuffing season partner who likely doesn’t care; if anything, the extra belly fat will keep you both warm.

3. Sex burns more calories — because of the cold!

Just because you’re not exercising for a summer bod doesn’t mean you won’t get a workout. You know sex burns calories, right? BONUS — so does chilly weather. According to Dutch researchers at Maastricht University, shivering can boost your calorie-burning rate 500 percent! Being mildly cold will still boost your metabolic rate. So if you’re feeling extra frisky, get into some car sex with your car heat off — unless it’s below 32 degrees Fahrenheit, obvi.

You might find a thrill in writhing in someone’s bed in their apartment with busted air conditioning. Some people are into that, just like some people are into testicle musk. If you’re like me and not keen on either of those things, cold-weather sex may be for you. You can skip all the added perspiration in the fall and winter. You’ll also have more energy. The last thing I want to do when it’s hot and muggy is rub skins with someone else. In several weeks, you’ll be able to romp around and change positions as much as you want. And if you’re unlucky enough to not have the best fall/winter indoor heat, never fear because…

5. Cold is the ultimate intimacy-booster.

Half the fun in sex is cuddling, and I can’t think of a better reason to cuddle up to someone than a bitterly windy day. Or a blizzard. We all know that cuddling naked is the best way to get warm, anyway. Some people claim they’re not “into cuddling,” but when your windows are foggy and getting out of bed means getting cold, non-cuddlers don’t really have a choice do they? During the main act, I’d recommend keeping your socks on. Studies from Dutch researcher Gert Holstege show that socks can increase your chance of the big “O”.

Around 10-20 percent of adults are mildly affected by Seasonal Affective Disorder (SAD) every year. I get it — just thinking about the winter ahead makes me SAD (ha). One of the many benefits of sex is a major euphoria boost. Orgasms release endorphins, which can help with the general malaise that SAD causes. Endorphins also accompany the release of Oxytocin, also known as the “love hormone.” Oxytocin is responsible for turning you all soft and mushy after-sex, and in need of a good cuddle. It might be something to consider if you’re not trying to “catch feelings,” but there’s not much fun in wearing an emotional suit of armor. So I say embrace it and soak up those happy, gushy hormones.

Summer’s ending, but your love life may be about to begin.

With all these benefits in mind, I’m counting the days ‘til fall and refreshing my dating profiles. I suggest you do the same if you want to be warm for the next six months.

There are ways to have great sex in any season, but did you know time of day matters too? Read on if you’re curious about what times of day we like to get it on.

6 Reasons Why Fall Sweater Weather Is the Best for Dating