10 of the Creepiest Couples Ever 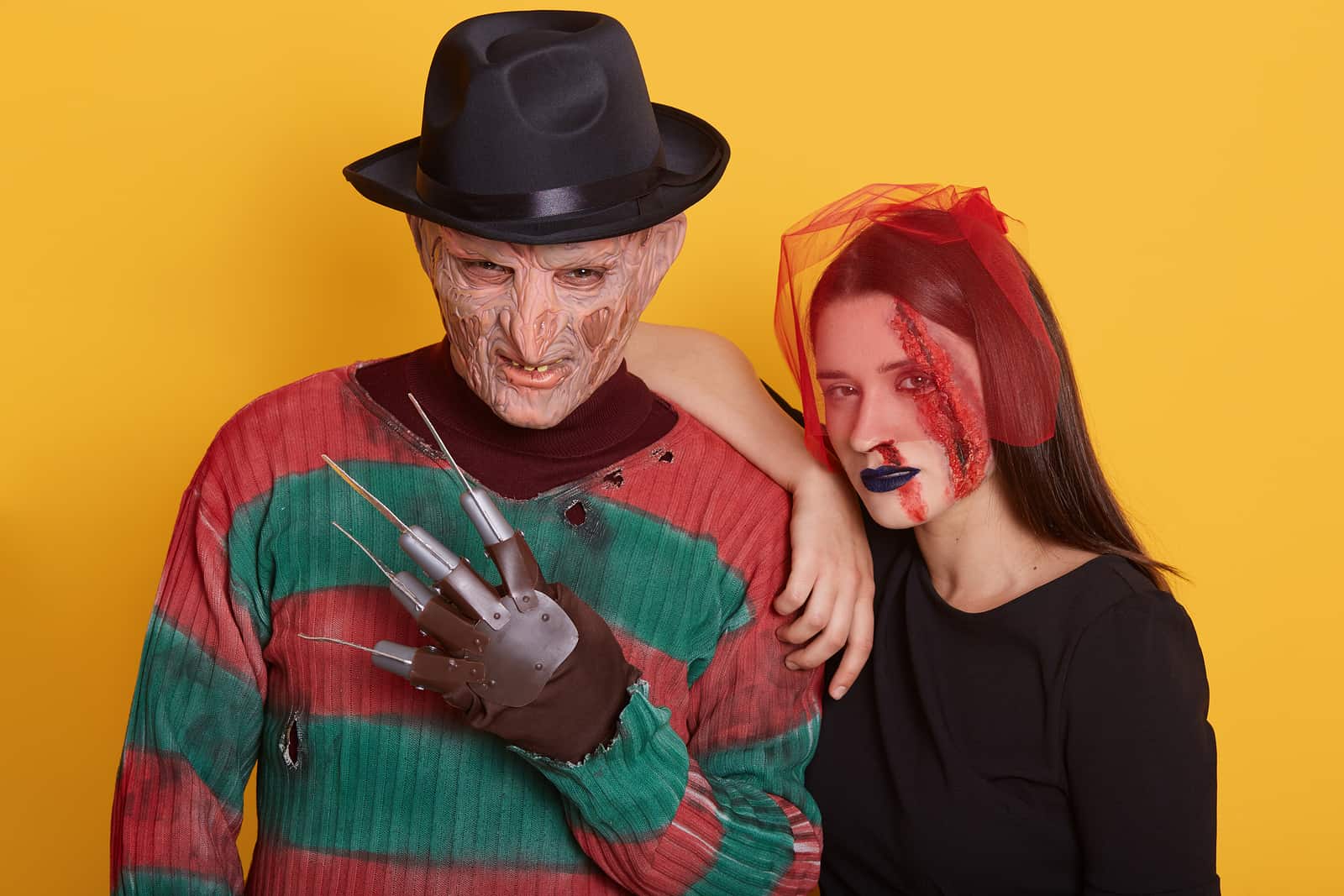 Just in time for Halloween, here are 10 of the creepiest, kookiest, spine-tingling couples we could find.

From Gomez and Morticia from The Addams Family to Nick and Amy Dunne in Gone Girl, these 10 couples were always intriguing to me.

Maybe you’ll find out some new information about these romantic couples with a spooky twist. While I admire how romantic some are, others are just plain scary!

Gomez and Morticia may live in a creepy haunted house surrounded by equally creepy family members, but when it comes to romance, they are #couplegoals. The way Gomez treats Morticia like a queen is a way all women should be treated. Not to mention, Morticia’s dress is amazingly goth and sexy.

Bonnie and Clyde were a criminal couple who robbed banks, small stores and gas stations during the Great Depression era. In 1967, a movie starring Warren Beatty and Faye Dunaway romanticized the couple. Even Jay-Z and Beyoncé collaborated on a song, “‘03 Bonnie & Clyde.” While I don’t condone becoming a criminal couple and touring the country, I think people feel that there is something oddly romantic about being on the run.

3. The Phantom and Christine, Phantom of the Opera

Opera singer Christine falls in love with the creepy Phantom in the iconic Andrew Lloyd Webber musical. Their relationship is spooky, as the Phantom dons a half mask to hide his disfigurement. The romantic part of the story is that it teaches compassion. Christine accepted the Phantom for who he was and in turn, changed him. It’s part of the reason I loved (and still love!) the show—it’s a great lesson in compassion, with a fun, eerie twist.

Who could forget the memorable scene with Patrick Swayze and Demi Moore and an intense pottery session? It is often called one of the romantic scenes of all time. Of course, Patrick Swayze was a ghost in it, adding to the supernatural feel of the movie. It’s a passionate movie about protection and everlasting love.

One of the only modern scary movies to actually really scare me in recent years was The Conjuring. Once I learned that the couple who were paranormal investigators were based on a real-life duo, I was intrigued. While I don’t think I could spend decades exploring ghosts and other supernatural beings, I have to admire their years of working together under stressful, incredibly scary circumstances. 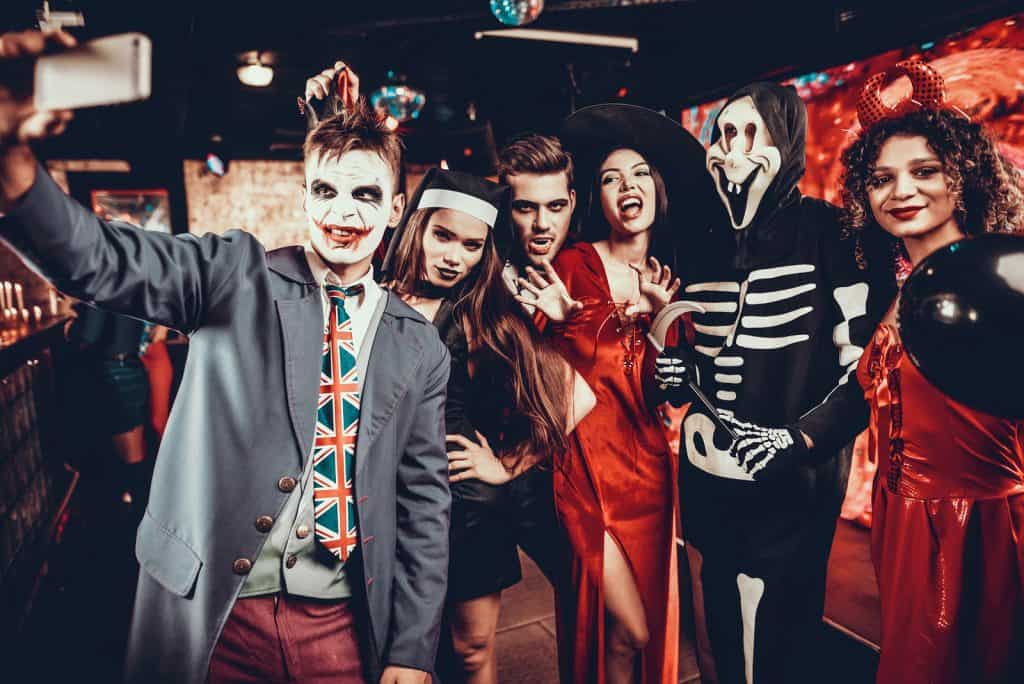 The cutest couple on this list is definitely Eleven and Mike. Especially with the latest season of the show, I adore how sweet their new early teens romance is. Of course, their relationship is explored with the backdrop of spooky demagorgons and the Upside Down. I enjoy watching Mike and Eleven fall for each other and I think that the scary things happening around them help drive their love.

Early 1900s gangster Al Capone and his wife Mae are great Halloween costume ideas. Like Bonnie and Clyde, I definitely don’t advise getting into mob activity. However, believe it or not, despite his line of work in the mob, Mae and Al had a happy marriage and were together for almost 30 years.

Ugh, I just shivered typing this. Get Out was one of the scariest movies I’ve seen in a long time. It was a thoughtful, suspenseful thriller that began with what viewers thought was a solid relationship. Of course, we all see later just how deadly Rose was. If anything, Get Out taught me that people aren’t always what they seem. 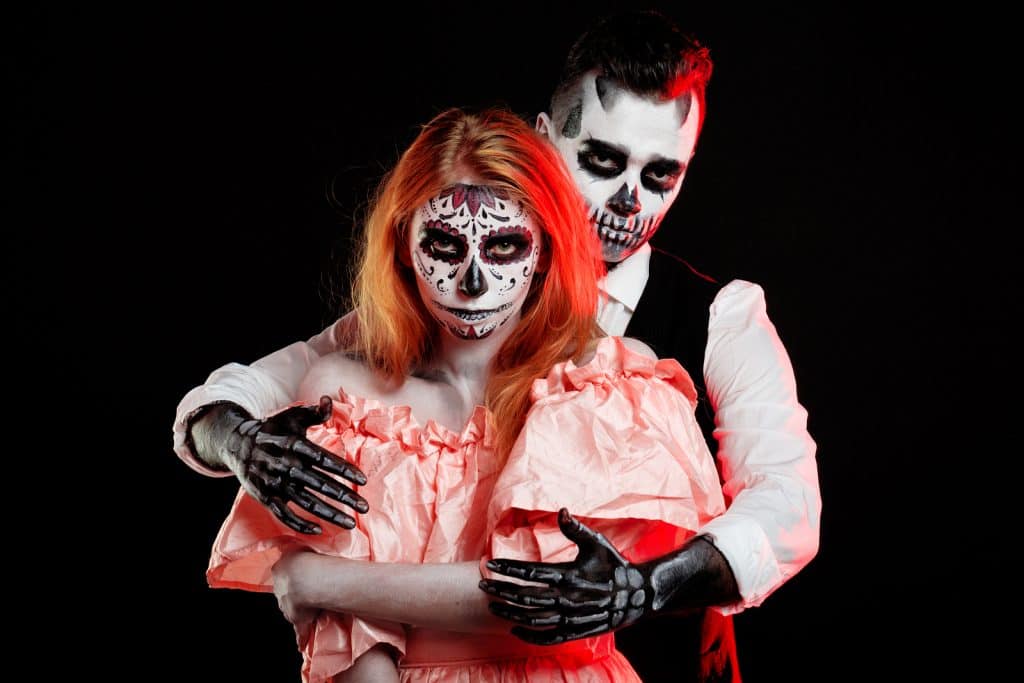 Adam and Barbara Maitland live most of Beetlejuice as ghosts, making them inherently spooky. What I liked most about them in the movie was that all they wanted to do was live out their afterlife in peace in their house (the exact way they left it!). Adam and Barbara are both ghosts, which once again makes for quite the creepy pair. I loved the chemistry between Alec Baldwin and Geena Davis. I especially enjoyed the comedy-horror aspect of the movie too.

The strange and frightening couple at the center of the thriller Gone Girl are just plain scary. I remember watching the movie and my mouth dropping more and more open in shock. Thinking back about the film, I still can’t believe a couple can become that deep in such a twisted scandal. It makes me think that I had better me 100 percent sure about who I marry!

10 of the Creepiest Couples Ever